Art and Culture of Ambikapur

The culture of Ambikapur reflects an integration of tradition and modernity. Although the city in Chhattisgarh has all the features and amenities of a modern city, the place has retained much of its cultural heritage. This heritage is largely influenced by the tribal communities that have lived in the region since immemorial. They have retained their languages and dialects, attire and customs and at the same time adapted themselves to modernity well.

There are several religions practised by the people in Ambikapur such as Hinduism, Islam and Christianity. They all co-exist peacefully in the area. Another important aspect is the religion followed by the different tribes in the area. These tribes primarily worship nature and the Mother Goddess who is considered the most important entity in their lives. 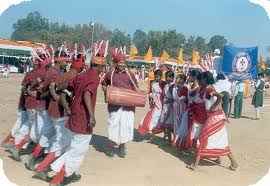 There are two important tribes in Ambikapur- the Pando and the Korwa. Those familiar with Indian mythology would understand their geneology. Both these tribes claim descent from the two clans of the epic Mahabharata- the Pandavas and the Kauravas. 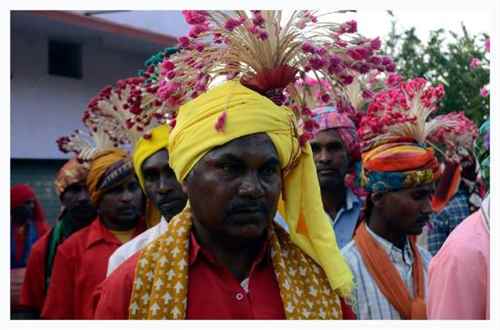 Shaila Dance- This is performed only by male dancers during various festivals and rallies, and especially in January after the crops are cut.

Suwa Dance- This is also a very popular dance form in honour of the goddess of wealth. It especially appeals to the youth as it conveys the love and desire felt by young people looking for their partners.

Karma Dance- This interesting dance form revolve around a myth of a young couple who hid inside a tree trunk. The young girls and boys who perform this dance are often chained together in a circle and the branch of the ‘karam’ tree passed amongst them.

The handicrafts of the region too are influenced by tribal culture. These are mainly made of wood and wrought iron. Along with these terracotta pottery too is widely made. Ornaments, in turn, are made of beads, cowries and feathers and widely used by the tribals in the area.